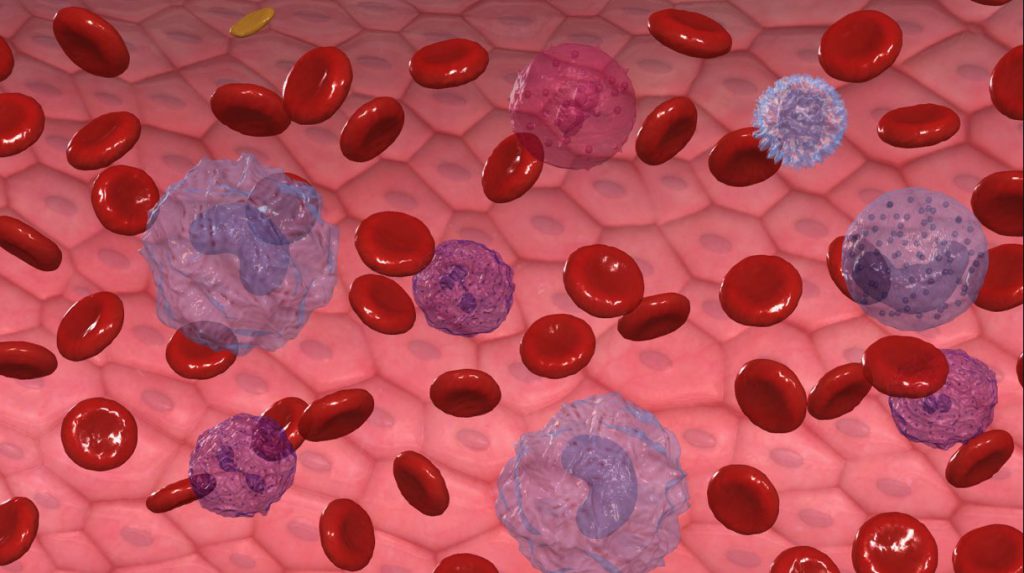 Blood is a liquid tissue that circulates in the circulatory system of the body. Blood transports O2 and CO2 for exchange between alveoli and cellular organizations; carries sugars, amino acids, fatty acids, vitamins, etc. to the cell organism.

Blood circulates throughout the body to collect waste from cellular metabolism, leading to the excretion of organs such as kidneys, lungs, sweat glands… Blood has antibodies, anti-toxins… participates in the defense mechanism of the body.

Blood contains hormones, O2 and CO2 gases, various electrolytes such as Ca++, K+, Na+ … in order to regulate the activity of different groups of cells and organs in the body so to guarantee the activity of copper. set of organs in the body. The blood also has the ability to quickly regulate body temperature so that different parts of the body always have the same temperature.

The amount of blood is directly related to the activity of the body, for example in case of heavy sweat or dehydration, the amount of blood can be reduced due to the concentration. In cases such as anemia due to blood loss, bone marrow failure… the amount of blood in the body varies according to the state of health. If more than one-third of the whole blood is lost, the body will suffer from dysfunction of many organs, which can cause shock or even death.

White blood cells act to protect the body by detecting and destroying “foreign objects” that cause disease. There are many types of white blood cells with a life span of one week to several months: there are different types of phagocytic tasks that consist of “eating” foreign objects; there is a kind of task that “remembers” so that if the next “strange thing” invades, it will be detected and the body will quickly produce a large number of white blood cells to destroy them; some types of antibodies circulate in the blood to protect the body… Leukocytes are born in the bone marrow. In addition to circulating in the blood as the main, there is a large enough number of leukocytes residing in the body tissues to be protected.

Platelets are tiny fragments of cells that participate in hemostatic function by forming blood clots that seal wounds on the walls of blood vessels. In addition, platelets relax the walls of blood vessels through their function of “regeneration” of endothelial cells. The platelet’s life is about 7-10 days. Like red blood cells and white blood cells, bone marrow is the birthplace of platelets

Plasma is the solution, yellow in color, composed mainly of water; there are also other ingredients such as proteins, lipids, sugar, vitamins, minerals, enzymes… The plasma changes depending on the physiological state of the body, for example, after a meal, the plasma is cloudy and becomes clear, lemon yellow after eating for a few hours. If the device contains “opaque” plasma, it will not be used because it can cause shock and allergic reactions in the patient.