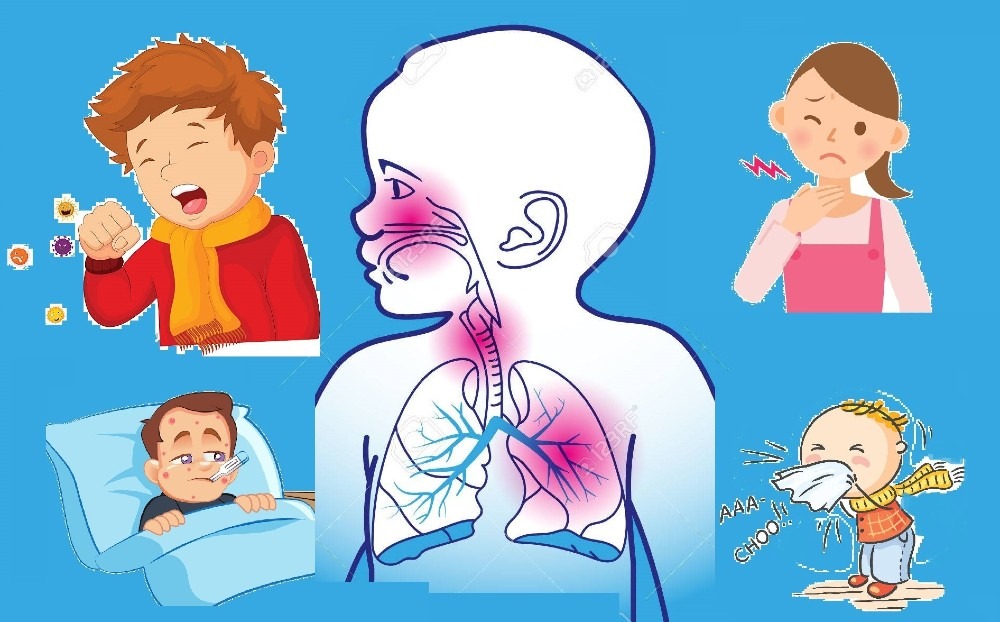 What are upper respiratory tract infections?

Respiratory tract infections (RTIs) are any infection of the sinuses, throat, airways or lungs. They’re usually caused by viruses, but can be caused by bacteria.

RTIs are thought to be one of the main reasons why people visit their GP or pharmacist. The common cold is the most widespread RTI.

What are the symptoms of upper respiratory tract infections?

The common symptoms of upper respiratory tract infections are:

Other less common symptoms may include:

The symptoms of upper respiratory infection usually last between 3-14 days; if symptoms last longer than 14 days, an alternative diagnosis can be considered such as, sinusitis, allergy, pneumonia, or bronchitis.

Bacterial pharyngitis (strep throat due to group A Streptococcus) may be considered if symptoms continue to worsen after the first week in the absence of runny nose, cough, or conjunctivitis.

Prompt testing and initiation of appropriate antibiotics is important due to the risk of developing rheumatic fever, especially in children.

Epiglottitis is an upper respiratory infection in children that may have a more sudden onset of sore throat, feeling of a lump in the throat, muffled voice, dry cough, very painful swallowing, and drooling.

Upper respiratory infections in the lower part of the upper respiratory tract, such as, laryngotracheitis, are more commonly featured with dry cough and hoarseness or loss of voice. Barking or whooping cough, gagging, rib pain (from severe cough) are other symptoms and signs.

There may be some symptoms not listed above. If you have any concerns about a symptom, please consult your doctor.

When should I see my doctor?

If you have any signs or symptoms listed above or have any questions, please consult with your doctor. Everyone’s body acts differently. It is always best to discuss with your doctor what is best for your situation.

An upper respiratory tract infection is generally caused by the direct invasion of the inner lining (mucosa or mucus membrane) of the upper airway by the culprit virus or bacteria. In order for the pathogens (viruses and bacteria) to invade the mucus membrane of the upper airways, they have to fight through several physical and immunologic barriers.

The hair in the lining of the nose acts as physical barrier and can potentially trap the invading organisms. Additionally, the wet mucus inside the nasal cavity can engulf the viruses and bacteria that enter the upper airways.

There are also small hair-like structures (cilia) that line the trachea which constantly move any foreign invaders up towards the pharynx to be eventually swallowed into the digestive tract and into the stomach.

In addition to these intense physical barriers in the upper respiratory tract, the immune system also does its part to fight the invasion of the pathogens or microbes entering the upper airway.

Adenoids and tonsils located in the upper respiratory tract are a part of the immune system that help fight infections. Through the actions of the specialized cells, antibodies, and chemicals within these lymph nodes, invading microbes are engulfed within them and are eventually destroyed.

Despite these defense processes, invading viruses and bacteria adapt various mechanisms to resist destruction. They can sometimes produce toxins to impair the body’s defense system or change their shape or outer structural proteins to disguise from being recognized by the immune systems (change of antigenicity). Some bacteria may produce adhesion factors that allow them to stick to the mucus membrane and hinder their destruction.

It is also important to note that different pathogens have varying ability to overcome the body’s defense system and cause infections.

Furthermore, different organisms require varying time of onset from when they enter the body to when symptoms occur (incubation time). Some of the common pathogens for upper respiratory infection and their respective incubation times are the following:

What increases my risk for upper respiratory tract infections?

There are many risk factors for upper respiratory tract infections, such as:

The information provided is not a substitute for any medical advice. ALWAYS consult with your doctor for more information.

The diagnosis of upper respiratory infection is typically made based on review of symptoms, physical examination, and occasionally, laboratory tests.

In physical examination of an individual with upper respiratory infection, a doctor may look for swollen and redness inside wall of the nasal cavity (sign of inflammation), redness of the throat, enlargement of the tonsils, white secretions on the tonsils (exudates), enlarged lymph nodes around the head and neck, redness of the eyes, and facial tenderness (sinusitis). Other signs may include bad breath (halitosis), cough, voice hoarseness, and fever.

Some important situations where specific testing may be important include:

Blood work and imaging tests are rarely necessary in the valuation of upper respiratory infection. X-rays of the neck may be done if suspected case of epiglottitis. Although the finding of swollen epiglottis may not be diagnostic, its absence can rule out the condition.

CT scans can sometimes be useful if symptoms suggestive of sinusitis last longer than 4 weeks or are associated with visual changes, copious nasal discharge, or protrusion of the eye.

CT scan can determine the extent of sinus inflammation, formation of abscess, or the spread of infection into adjacent structures (cavity of the eye or the brain).

Rest is an important step in treating upper respiratory infections. Usual activities, such as, working and light exercising may be continued as much as tolerated.

Increased intake of oral fluids is also generally advised to keep up with the fluid loss from runny nose, fevers, and poor appetite associated with upper respiratory infections.

Treatment of the symptoms of upper respiratory infection is usually continued until the infection has resolved.

Some of the most common upper respiratory infection or cold medications used to treat these symptoms are the following:

Combination medications containing many of these components are also widely available over the counter.

Some cough and cold medicines can cause excessive drowsiness need to be used with caution in children younger than 4 years of age and the elderly.

Antibiotics are sometimes used to treat upper respiratory infections if a bacterial infection is suspected or diagnosed. These conditions may include strep throat, bacterial sinusitis, or epiglottitis.

Antivirals may occasionally be recommended by doctors in patients who are immunocompromised (poor immune system). The treating doctor can determine which antibiotic would be the best option for a particular infection.

Because antibiotics are associated with many side effects and can promote bacterial resistance and secondary infections, they need to be used very cautiously and only under the direction of a treating physician.

Inhaled epinephrine is sometimes used in children with severe spasm of the airways (bronchospasm) and in croup to reduce spasm.

Rarely, surgical procedures may be necessary in cases of complicated sinus infections, compromised airway with difficulty breathing, formation of abscesses behind the throat, or abscess formation of the tonsils (peritonsillar abscess).

What are some lifestyle changes or home remedies that can help me manage upper respiratory tract infections?

The following lifestyles and home remedies might help you cope with upper respiratory tract infections:

Moist warm air can help soothe the oral and nasal passages that become more irritated with dry air. This can make breathing easier and nasal secretions looser and easier to discharge. Some simple ways to do this are:

Nasal saline (salt water) can help with symptoms of nasal congestion. There are over the counter saline spray solutions available that can be used for this purpose. Simpler and more cost effective home-made salt water solution may also be considered.

A forth of a teaspoon of salt can be added to 8 oz cup of room temperature water and stirred to dissolve. Using a bulb syringe or a small spray bottle, the solution may be applied in one nostril at time with slow inhalation and expelled with exhalation several times a day as needed.

Applying a warm pack (a warm well towel or wash cloth) to the face may also be used to treat symptoms of nasal congestion. This can be repeated every few hours as needed to relieve to the symptoms.

Salt water gurgles and lozenges may reduce throat irritation and dryness and can alleviate the symptoms of throat symptoms.

Cough can be suppressed by limiting exposure to irritants, such as, cold whether, cigarette smoke, dust, and pollution. Sleeping in a semi-upright position may be helpful at time to reduce cough.

A study has suggested that honey may be superior to dextromethorphan in reducing cough in children with upper respiratory infection.

Adequate hydration with water, juices, and non-caffeinated drinks can thin nasal secretions and replace the fluid losses. If you have any questions, please consult with your doctor to better understand the best solution for you.

Announcement: 2022 Health Insurance Premiums
This post is also available in: Tiếng Việt (Vietnamese)As the cost of medical care in Vietnam continues to rise, we at Pacific Cross Vietnam continually... 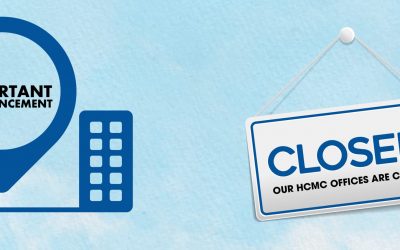 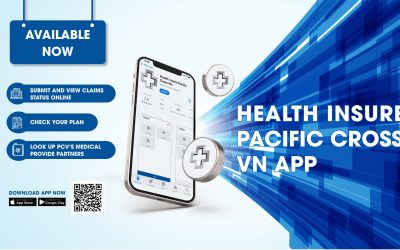 Pacific Cross Vietnam Mobile App is available. Download now!
This post is also available in: Tiếng Việt (Vietnamese) With the desire to provide our clients with a quick and secure platform to look up...