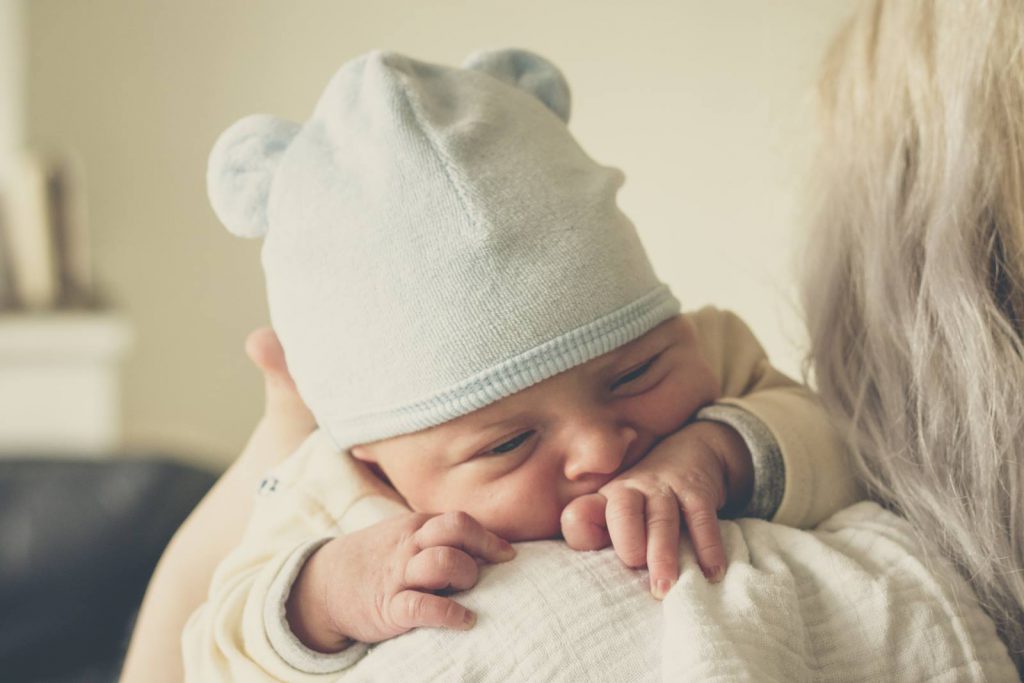 Colostrum is a thick, yellowish-white fluid which can be expressed from the breast by the third trimester. Milk secretion is suppressed during pregnancy by estrogen and progesterone. Colostrum has more protein and less carbohydrates and fat than mature breast milk.

Colostrum is rich in secretory immunoglobulin A (IgA), which helps to protect the infant from infection. Colostrum also helps to establish a normal gut microbiome in the infant. Human colostrum is the ideal food for human newborns and is preferable over formula or milk from other animals.

The proportions of nutrients in human milk are different than other animals and therefore suited better for humans. Although formula simulates human milk as much as possible, the components of colostrum and mature milk, such as immunoglobulins, leukocytes, as well as antioxidants, enzymes, and hormones, give colostrum and mature human milk many advantages over formula. This often is vitally true with preterm infants who are much more vulnerable to infection and greatly benefit from receiving colostrum and human milk.

Colostrum has many benefits for your newborn: helps your baby build a strong immune system (contains antibodies and white blood cells); creates a tough coating on your baby’s stomach & intestines to keep germs from causing illness; helps prevent jaundice and gets rid of harmful waste products; gives your baby’s brain, eyes and heart the right blend of nutrients to grow; contains high levels of protein, salts, fats, and vitamins that provide adequate nutrition for your baby. It’s the perfect food for your newborn; helps to prevent low blood sugar in newborns.

How much is enough? It is normal to make only 1-4 teaspoons of colostrum per day because your baby’s stomach is very small, although it increases in size each day. Be sure to breastfeed your baby as often as he or she desires to help your milk supply start strong. And when does colostrum stop producing? The mother’s body will produce colostrum for about 2 to 5 days after birth.

When the mother’s body stops producing colostrum, transitional milk will appear, it is a mixture of colostrum and more mature milk. By the time transitional milk is expressed, the newborn’s stomach has begun stretching and can now intake more milk at a time.

However, according to a recent survey, 42% of Vietnamese reject colostrum in the first days of birth, so precious drops of “gold milk” were lost. This is the result of regrettable misconceptions in society. Colostrum is also called “the first gold milk”. But I do not know where the Vietnamese name is “sua non”.

It is because of this denomination that many misunderstandings occur about the first precious gold milk. That it is young, young means that it is not mature, it is not good enough, to drink in the baby will have abdominal pains. Many Vietnamese reject colostrum in the first days after birth and wait for the end of “milk lampide”, then have to “stuff hot to get milk in a ripe breast” and the milk has “turned white” and then the new child to be breastfed.

These perceptions are really wrong. Our children have lost the opportunity to receive a precious colostrum! To appreciate this particular type of milk, we should perhaps start by calling it “the first golden milk”.

Normally, around 16-20 weeks of pregnancy, the entire process of breast milk takes place (lactocytes – milk follicles) and the first drops of yellow milk begin to form until about 72 hours after birth. Thus, the first yellow milk was available in the mother’s breast before her delivery.

Therefore, the premature birth of the mother, normal delivery and cesarean birth are available for the first time with gold milk for their children. For the first yellow milk to be released in time, the presence of oxytocin is necessary.

Because of such a form, there is a misconception that colostrum means “still green, still young”, not yet mature, so it is not used. There is also a confused mother: “I have seen colostrum but it is clear and dirty, I do not know if I can use it, or do I have to squeeze it until I see white milk?” Depending on the situation, the first yellow milk may be thick or sticky.

All these features are compatible with instinctive reflexes, skin-to-skin requirements of mother and child, sucking movements, stomach capacity and digestibility of newborns. If we think that colostrum should be in the form of ripe milk, it must be converted into rays, it must be at least a few tens of milliliters right after birth, the baby should be able to suck his abdomen and sleep for 2-3 hours (like a baby).

Breastfeeding for children), she is considered a “mother with milk”, the inevitable consequence being that women give birth and “wait for milk” without breastfeeding immediately. The most common problem with this misconception is that mothers are always careful not to give birth to infant formula and baby bottles to prevent them from giving birth to a baby without milk.

This experience for others before going to the maternity ward. Due to lack of understanding of the first golden milk and the importance of breastfeeding, many people think that WHO and UNICEF are proposing to breastfeed immediately after birth and that breast milk is an offer “pure theoretical science”, “far from reality”.

What is the distance between “science” and “reality”? Let’s explore this gap to eliminate bad misperceptions and prevent babies from taking full advantage of the “mother’s 72-hour colostrum” that every child needs.