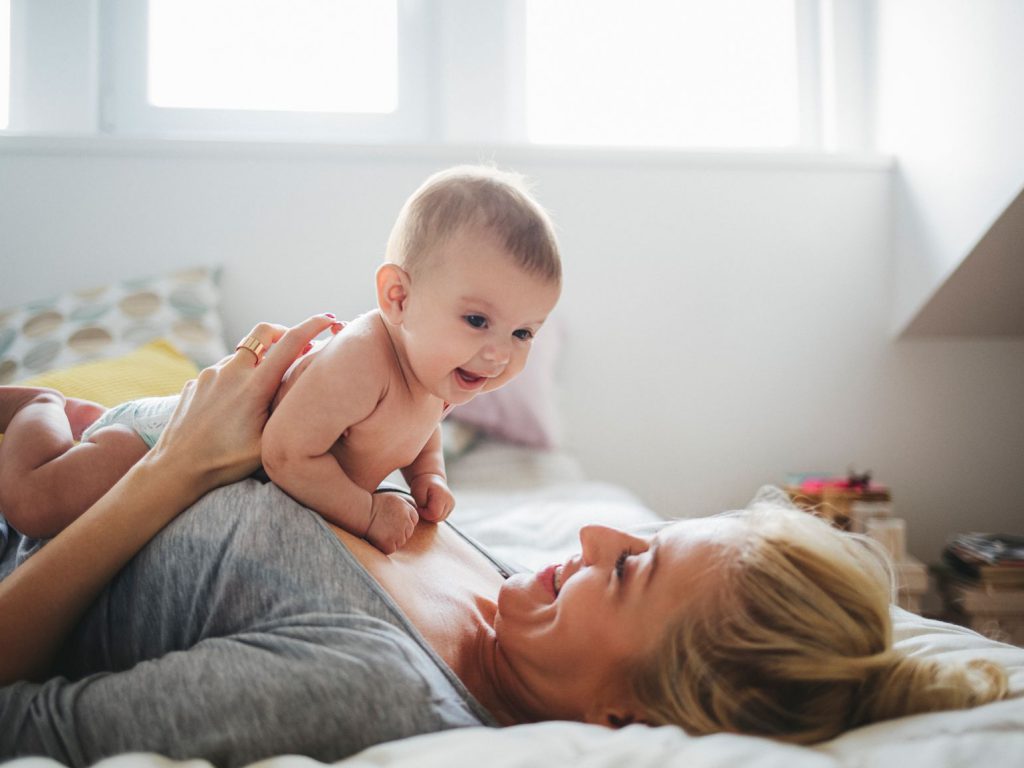 Does breast milk cause tooth decay?

There was a perception that: “Starch (sugar) in breast milk is lactose, breaks down only in the intestine, does not break down on the mouth and therefore does not cause tooth decay”. Is this concept true or false?

Dental caries is caused by Streptococcus mutans and Lactobacillus, two types of bacteria usually found in the oral cavity. The tooth decay process, in addition to the presence of both types of bacteria, is also associated with the fermentation of sugar in the plaque on the teeth.

When these bacteria come into contact with sugar, they use it as a source of energy and create acids (such as lactic acid) that act as a by-product. These acids will neutralize minerals such as calcium and phosphate found in tooth enamel, which will lead to weakening of the enamel until the formation of very small holes in the teeth marks the beginning of the tooth decay.

Fortunately, saliva allows us to protect and regenerate tooth enamel. Saliva wipes the sugar in the mouth while helping to regenerate the enamel of the teeth thanks to active ingredients rich in calcium, phosphate and antibacterials.

However, if we eat too much high-sugar foods, especially when the duration of exposure on the road is long and repeated, it is very easy to cause tooth decay.

If a mother has tooth decay, she will have a higher risk of tooth decay due to cross-contamination of the tooth decay bacterium from her mother, especially in cases of abstinence from feeding her baby.

Lactose is less likely to cause caries than sucrose (present in sucrose, fruit) because S. mutans is very interested in sucrose. Sucrose has been found to accelerate the development of S. mutans.

But without sucrose, lactose is its alternative. Since lactobacilli are very fond of lactose, they ferment lactose to produce lactic acid. Breast milk contains certain active ingredients with antibacterial properties that can reduce the amount of bacteria in the mouth.

In addition to lactose, the tooth decay rate of the breastfed baby is lower than that of formula-fed infants, rather than not tooth decay. When children start teething, it’s also when they start eating, that is, starches, fruits, and other sugars, leading to a risk of tooth decay.

Therefore, from the analysis above, the idea that “lactose in breast milk does not cause tooth decay” is totally false. Bad judgment will cause very serious harm.

Is your mother infected with HIV? Do not you breastfeed absolutely?

As recommended by WHO in 2010, it is always advisable to prioritize breastfeeding while receiving antiretroviral therapy (anti-HIV drugs). But according to CDC (Centers for Disease Control and Prevention) or AAP (American Academy of Pediatrics), it is not advisable to breastfeed babies when their mother is infected with HIV. This contraindication may vary from country to country. So, what is the right recommendation?

When a mother is infected with HIV, she can infect her baby during pregnancy, delivery, and breastfeeding with breast milk. If the mother is not treated with ARVs, the probability of transmission of HIV to her baby through breast milk is about 8.9% to 14% according to US data and about 12% according to US data. WHO data, in which the frequency of infection is most high in the first 6 months of life.

If the mother takes antiretrovirals, the frequency of infection in the child is reduced to about 3%. Based on this information, in 2010, WHO adopted a new priority guideline to recommend breastfeeding, even if the mother is infected with HIV, as she continues to receive antiretroviral therapy due to its low infectivity (only 3%).

To explain this change, WHO cited the following reasons: In poor, hungry and poor countries such as Africa, there are areas where the percentage of HIV-infected mothers is up to 30%. If these mothers are not breastfed, there will be a series of children suffering from malnutrition and deaths due to infections, diarrhea, pneumonia, … My mother had no food and did not breastfeed her child. WHO looks around the world and wants to save children in poor countries.

Make this new recommendation, for the greater benefit of sacrificing lesser risks. WHO in its entirety unfortunately does not mention the fate of 3%. With health problems in rich countries like the United States, undernourished children due to lack of food are almost impossible. Mothers can not breastfeed their babies, they have free formula, free food, health care is almost free, so the risk of malnutrition is extremely low.

The US Department of Health can not accept the risk that a mother will get HIV from her mother, even if it’s only 3%. HIV infection is not infectious diarrhea or upper respiratory tract infection, but it is inherently a disease of the current century that can not be cured yet.

Hepatitis B and breast milk – Suck or not?

Hepatitis B is a major global health problem in which the incidence is very high in Southeast Asia. The percentage of mothers with hepatitis B disease in the world is about 5%, while there are up to 50%. Of the cases of hepatitis B virus (HBV) infection, up to 50% are from mother to child.

Mothers can infect HBV with their babies during pregnancy, at birth and immediately after birth because of mother’s blood passing through the placenta during uterine contractions, rupture of membranes, contact with the mother’s blood during childbirth. Infection during pregnancy is rare because the placenta can block HBV, mainly infectious at birth and immediately after birth.

It is currently recommended to prevent HBV infection in children, newborns should be vaccinated with the HBV vaccine at birth as soon as possible (<24h), then add 2 doses at one or two months and at six months, and HBIG should be used after birth because the study has been shown to increase HBV immunity compared to vaccination alone.

In the case of mothers with high viral loads, HBIG can be used in the last trimester of pregnancy and immediately after birth to reduce the risk of infection.

Since it has been shown that HBV is present in breast milk, many doctors have recommended that mothers not breastfeed because of the risk of infection.

Therefore, the CDC and WHO recommend breastfeeding even if mothers have hepatitis B disease. However, if the mother has a cracked or inflamed nipple that causes bleeding may increase the risk of infection, the CDC recommends temporarily stopping breastfeeding, taking care of the nipple and withdrawing the milk so as not to lose milk.

When you are healthy, you can breastfeed again. If the mother has an excess of milk, she will suck it to keep it in this case. In short, if the mother of hepatitis B is still breastfeeding, note only the risk of bleeding into the milk.

Is breast milk treated for conjunctivitis and otitis media in children?

There was a situation: “A very sick mother with milk shows the conjunctivitis of her mother with her milk, following the discovery of a very important problem in science.” Is breast milk really effective in treating conjunctivitis?

The pediatric clinic at the University of California conducted a study of breast milk samples from mothers without immunodeficiency, infection and antibiotics for two weeks.

They use these milk samples to see if the antibacterial effect of breast milk on about 10 types of bacteria is greater than that of Polytrim antibiotics. At the same time, they also take samples of milk to be transplanted to determine if there are germs.

The results showed that breast milk had only a good antibacterial effect against N. gonorrhoeae (gonorrhea bacterium), M. catarrhalis, Streptococcus viridans, compared to Staphylococcus and had no effect on other types.

Meanwhile, the antibiotic Polytrim has a better antibacterial effect than breast milk on all tested samples, with the exception of N. gonorrhoeae. All milk samples were cultured to develop resident cutaneous and intestinal bacteria, including a sample of Staphylococcus aureus, a very dangerous bacterium.

About 60 to 70% of infantile conjunctivitis is caused by a bacterium, the rest is caused by a virus and most viral infections go away on their own. The most common pathogenic bacteria are H. influenza, Streptococcus pneumonia and M. Catarrhalis.

Looking at this, we see that breast milk has a very poor effect on common pathogens. The small amount of breast milk in my eyes a few times, the redness of my eyes is mainly due to luck, or because the virus will go away on its own. Doctors often do not recommend using breast milk to treat conjunctivitis because of its low effectiveness and high risk of secondary infection.

Summary, breast milk is to breastfeed, not to keep small eyes or ears. Therefore, the concept of “breast milk can treat conjunctivitis, infection of the middle ear in children” is totally wrong and has very serious consequences.

The above ideas are disastrous misconceptions about breast milk for some common diseases. Mothers need to be really alert to distinguish what are the right sources of information to avoid unwelcome consequences later on.