Measles is an acute infectious disease caused by the measles virus. The transmission rate of measles is very high. Measles can spread strongly in closed conditions, humid environments and become epidemics in the community.

This disease is particularly serious in young children, malnourished children, children with other acute and chronic diseases. It is mainly transmitted by inhalation by inhaling the nasopharyngeal secretions of the patient, diffused in the air or by direct contact with the patient’s nasal secretions. 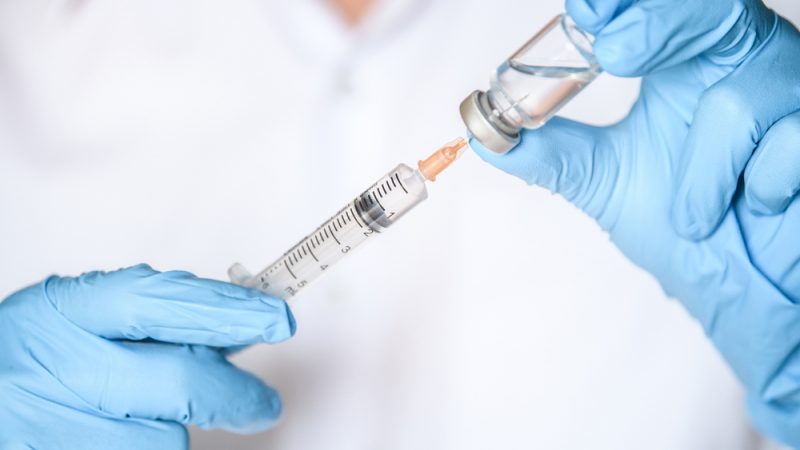 According to the World Health Organization (WHO), maintaining 95% of 2 doses of measles vaccine in children under 2 years of age is a fundamental factor in eliminating measles. Currently, as part of the country’s expanded immunization program, the vaccine used to prevent measles is a single or combined measles-mumps-rubella or rubella-rubella vaccine.

However, according to the WHO, the vaccination rate in some parts of Europe has fallen to less than 70%; The US Centers for Disease Control and Prevention (CDC) have studied the growing number of measles patients in the United States. They found that 70% of new infections occur in unvaccinated people.

In Ho Chi Minh City, based on the reported number of measles cases admitted from January to 16 October 2018, the entire city has 220 measles cases, of which the number of patients aged 9 months to 2 years represents 47% of the total number of cases and 87% of this age group are not fully vaccinated against measles or have an uncertain vaccination history.

Recently, the WHO has just published a list of the top 10 global health challenges, including refusal to vaccinate (anti-vaccination). It is the “anti-vaccination” movement that is one of the causes of this epidemic.

This is a consequence of the anti-vaccination movement that has developed in recent years, in part because of the dishonest study of former physician Andrew Wakefield in 1998, that the measles-mumps vaccine was injected is associated with autism.

Other research conducted by other scientists indicates that there is no link between vaccines and autism. The study was therefore withdrawn and Wakefield was deprived of a license to practice in the United Kingdom.

The implications do not stop there, but raise many phenomena in society: many people no longer believe in vaccination, which have very serious consequences; the sudden increase in the number of preventable vaccine cases, pediatric hospitals must relax or complete beds to contain recurrent diseases; the proportion of children, victims of the media, victims of adults themselves who have anti-vaccination behavior.

Scams and fake scams have been posted on the Internet by anti-vaccination people, more dangerous than you think: If only 5% of the community refuses to be vaccinated, its immunity will be disrupted, triple the annual prevalence of measles.

This affects not only all patients, but the entire community – putting pressure on hospitals and increasing public health costs, which could reach $ 2.1 million a year in the United States. We call this an error of perception – an error that people feel and follow subjective feelings without believing in experimental science, not believing or not referring to statistics.

Finally, we would like to emphasize that when you touch a sick person, nobody says 100% that you are safe, you must be vigilant, check the statistics that give the child a complete vaccination.